Heritage Fuel, October 2017 Heritage Fuel sits on the corner of Wedgewood and 12South around the corner from my house. It is an unchanging space in a fugitive landscape. Sam Attalla is the unchanging rock at the center of Heritage Fuel. He worked the counter each of the 14 days I drew there. After a wary introduction he let me set up in front to paint the scene. Every morning I would ask if it would be ok to work again. I had to start drawing before 5am to catch Sam opening up. A stable cast of characters passes through in regular daily shifts looking for gas, cigarettes, beer or tacos from Fideo’s taco truck. Doug Bumstead is out front every morning and greets the regulars as they filter through. He told me about fishing for catfish in Centennial Park and that the grove of hackberries marching downhill behind the station was the best party spot in Nashville period until the Belmont police cleared it out last year. 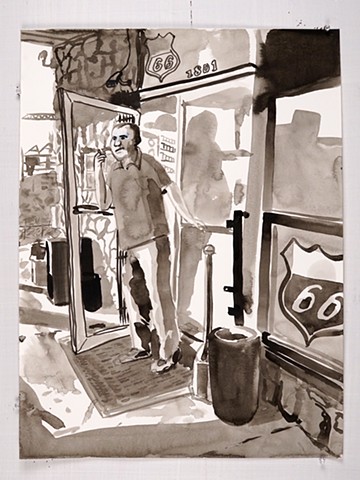 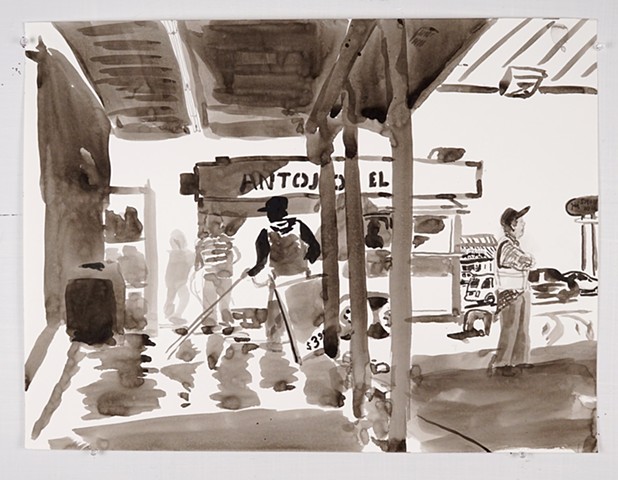 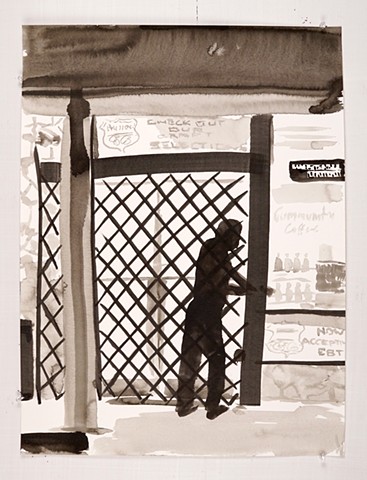 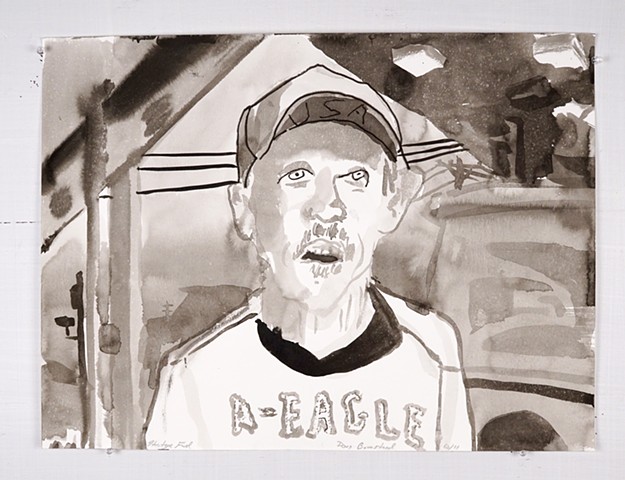 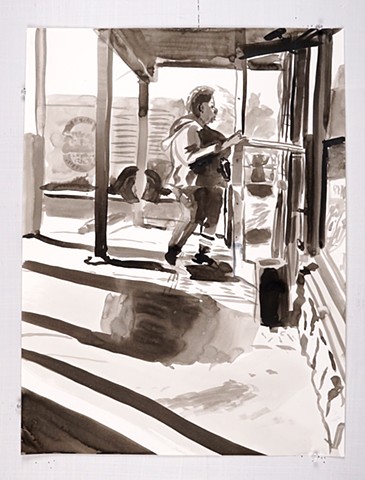 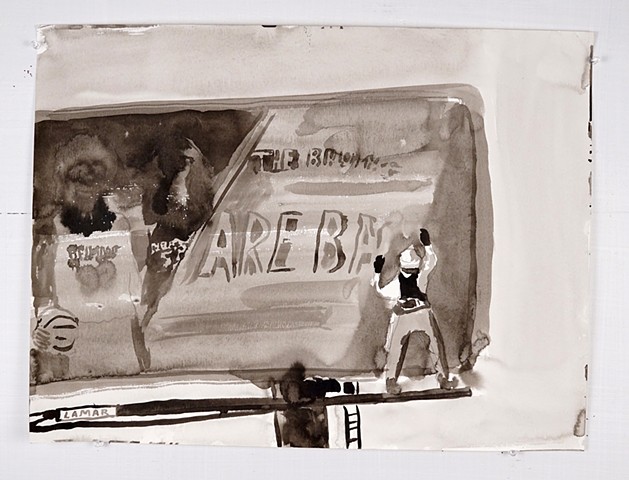 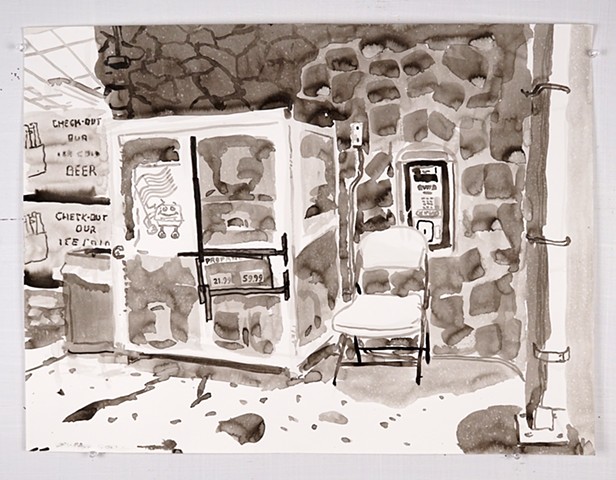 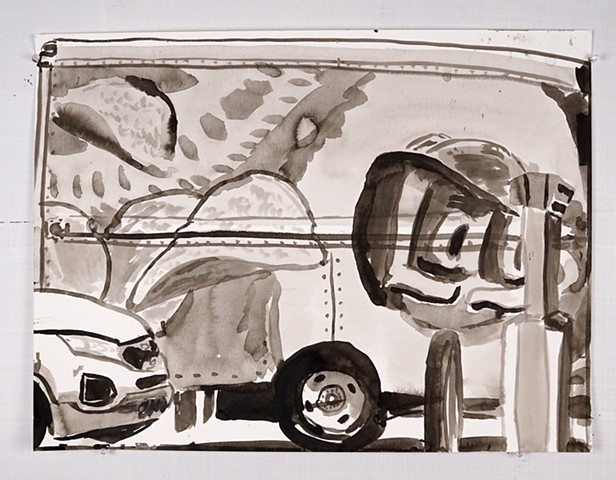 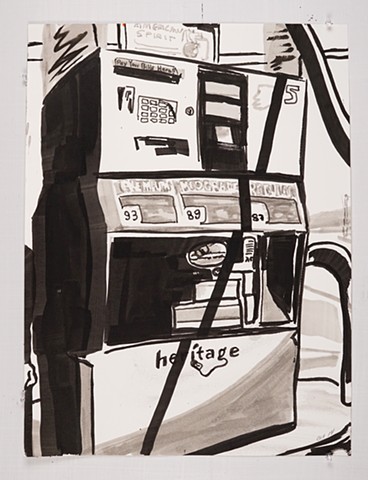 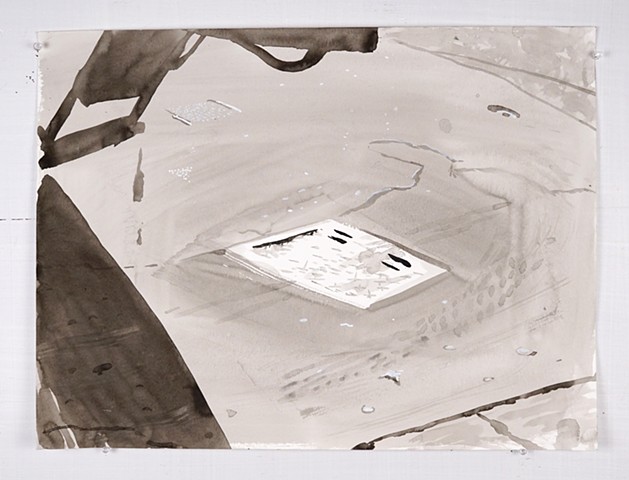 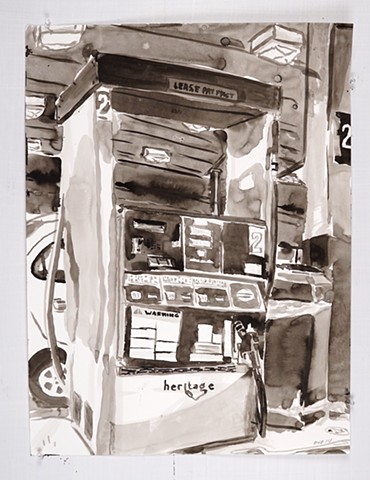 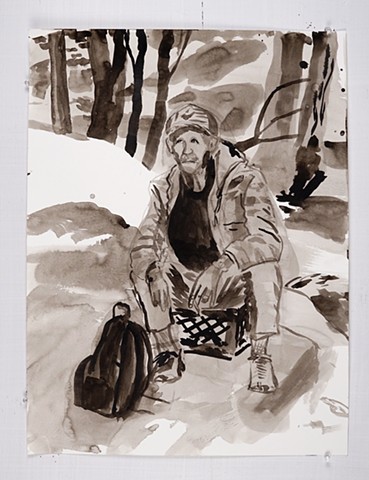 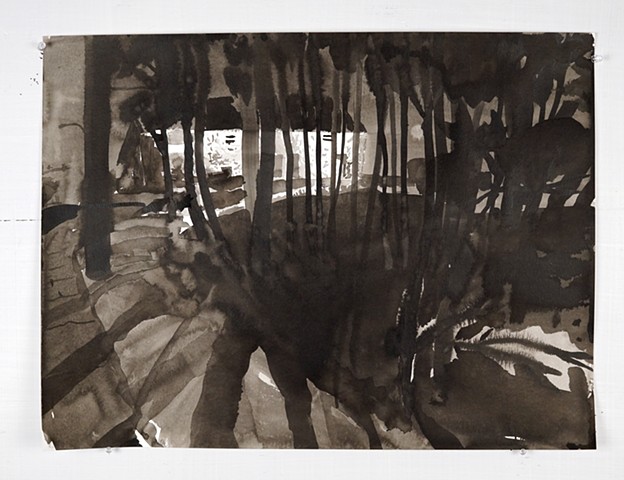 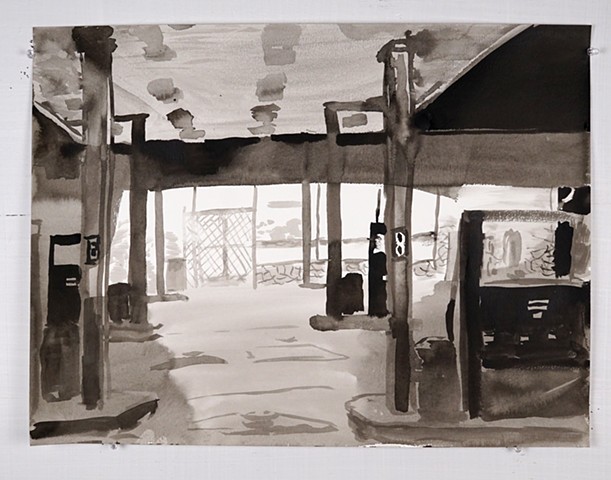 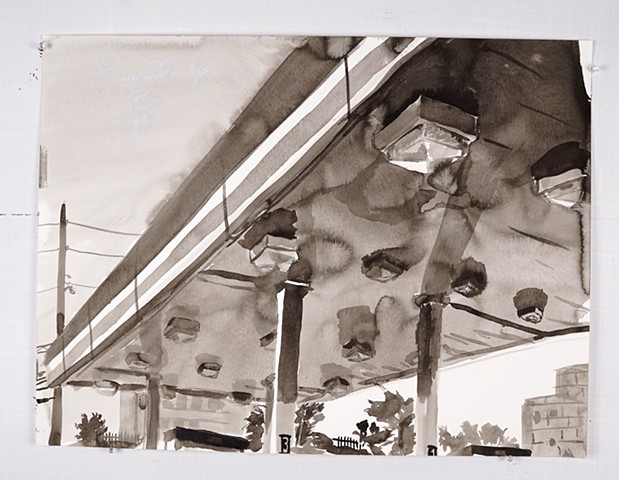 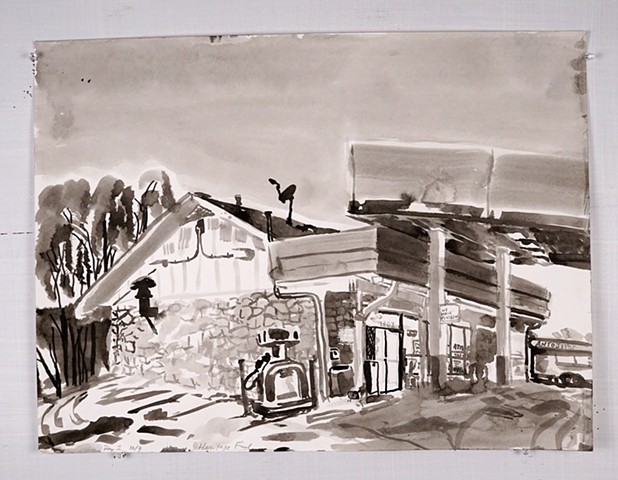 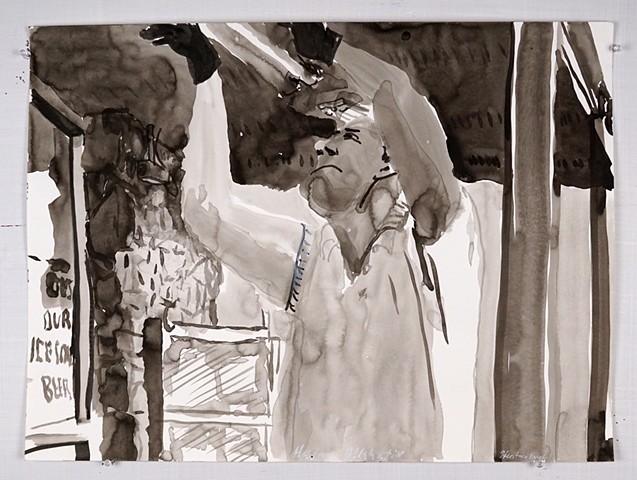 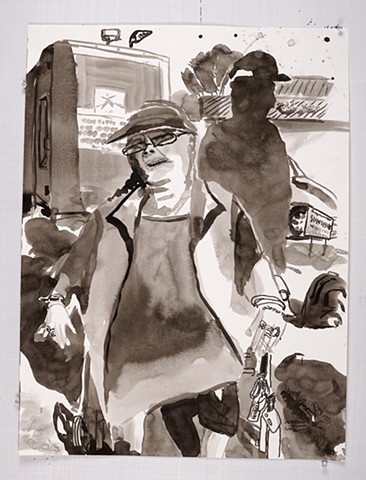 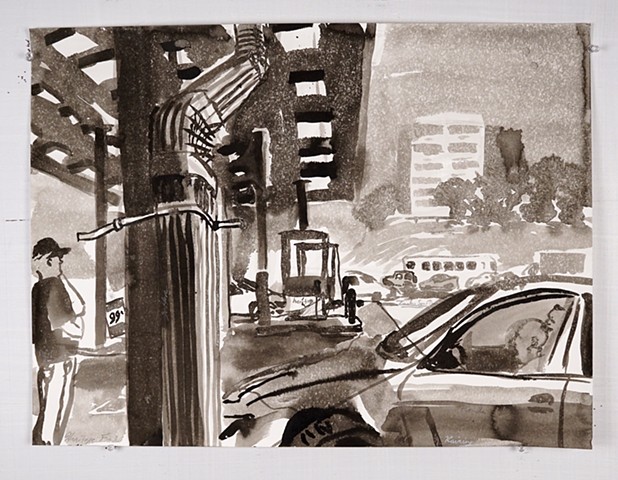 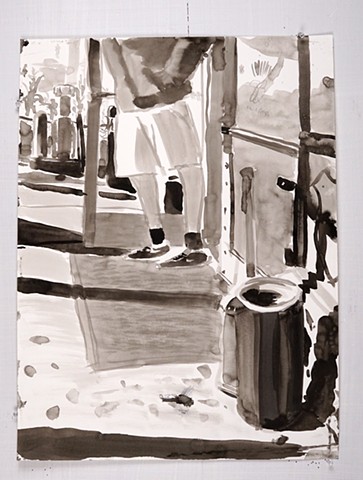 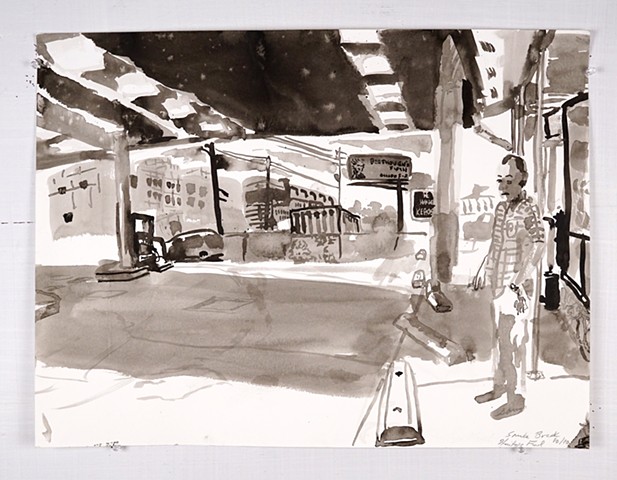